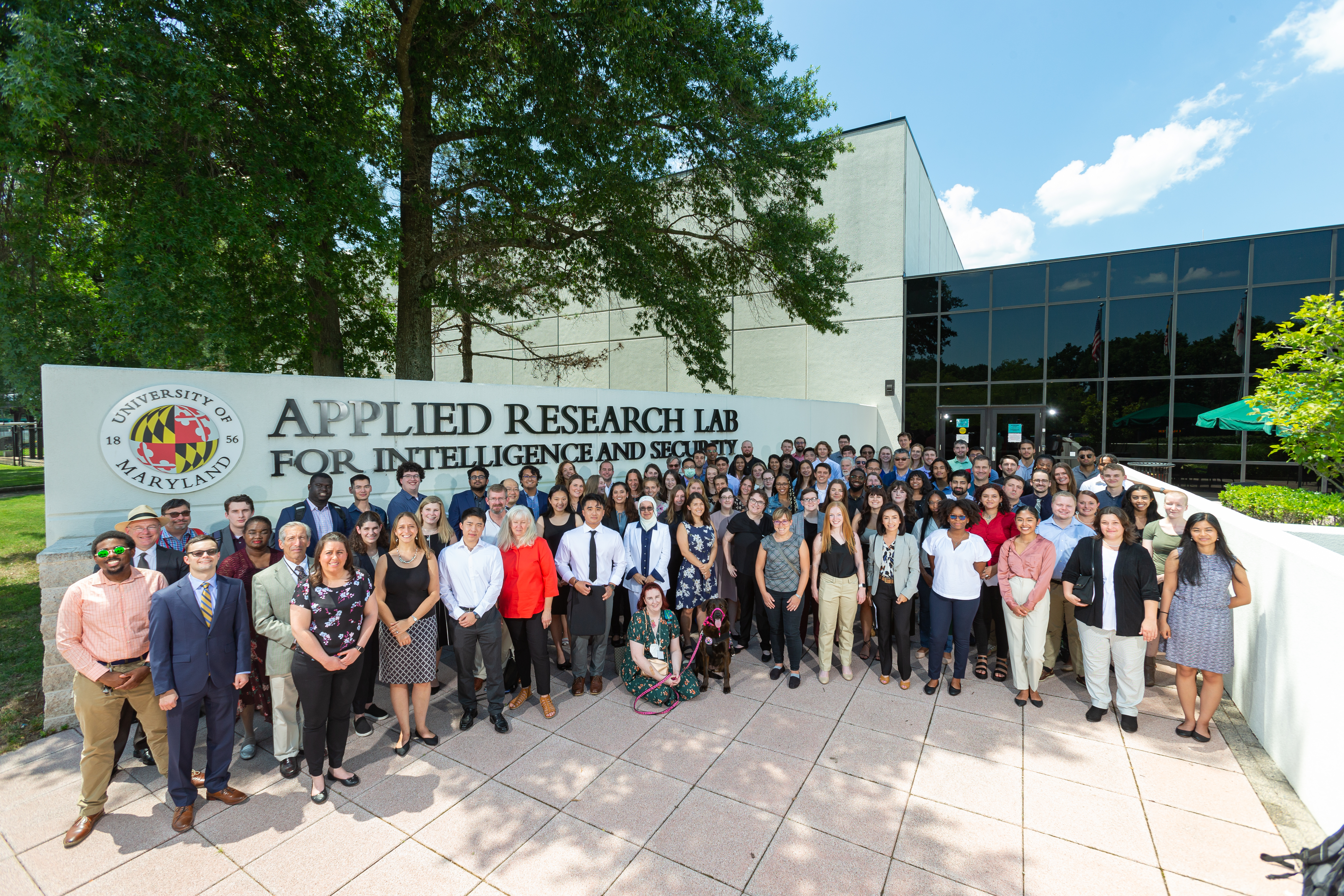 Interns from a range of disciplines and across the country visited ARLIS last week to share the findings and outputs of their 10-week Research for Intelligence and Security Challenges (RISC) Initiative project with government sponsors, ARLIS researchers, and their RISC intern peers.

RISC began in 2020 to introduce students to career opportunities within the Department of Defense and Intelligence Communities. They develop technical capabilities addressing real-world problems posed by government operators and supported with realistic data sets and other materials.

The program is cross-disciplinary by design.

“Challenges intelligence communities face don’t neatly fall into one area of study,” said Erin Fitzgerald, who leads RISC and the Intelligence and Security University Research Enterprise. “It takes a multidisciplinary approach to address them. RISC provides the opportunity to engage teams of students with different backgrounds to apply research that can help solve real problems.”

Cody Arigo worked with one agency to use data analytics to better predict future, national-level threats, geopolitical instability and crises.

“I worked with an interdisciplinary team of members who have very different backgrounds and skill sets from my own,” said Arigo, who is studying for his master’s degree in Public Policy, concentrating in International Security and Economic Policy, at the University of Maryland. His teammates study cognitive science, applied mathematics, philosophy, and forensic and legal psychology.

“The government works a lot through interagency coordination,” Arigo said. “Getting hands-on experience in this interdisciplinary work has been great for me.”

Similarly, Becca Horst, who is studying brain and cognitive science with a minor in Russian language and literature at the University of Illinois, learned about effective communication and collaboration with a geographically dispersed team. Not all students attend the same university, similar to government agencies that aren’t co-located.

Horst, a signals intelligence analyst in the Illinois Army National Guard, and her teammates developed a war-gaming exercise to help their sponsor protect members of its military units.

RISC interns have always worked as virtual teams, but 2022 was the first year they could celebrate in person at ARLIS, given the challenges with COVID-19.

The program has rapidly grown from 15 interns in 2000 to 35 in 2021 and 103 in 2022. Its goal is to expose students, who may not think they have the right skills for or interest in intelligence, to careers that feed a pipeline of cleared employees needed in DOD.

The demand for employees who have security clearances, which the RISC program sponsors for its interns, far outpaces the supply of qualified workers, according to Clearance Jobs, which started publishing a bi-annual updates on the security market in January 2022.

Jasmine Phillips, a U.S. citizen who recently graduated from Leiden University in the Netherlands with a bachelor’s degree in Security Studies and dual minors in Public Administration and Intelligence Studies, is undergoing the security clearance process. She and her team briefed their military sponsors about their work, which examined U.S. and allied partners’ intelligence and security modernization.

“I see myself working in the government,” Phillips said. “There are a lot of opportunities and I appreciate that the work I’m doing would be very impactful and serve the greater purpose.”

Liam McCarthy isn’t sure yet if he’ll pursue an intelligence career. He’s a rising senior at the University of Maryland studying physics and says he can see himself as a government engineer or researcher. His second year with RISC, he and his team created a point cloud reconstruction model prototype, using light-detection and ranging, more commonly referred to as LiDAR, to take scans for machine learning.

“Maybe,” McCarthy said. “There are a few interesting fields in the intelligence community that have caught my attention.”

ARLIS leaders plan to grow RISC in 2023, offering more interns the opportunity learn more about a career in intelligence. The application process begins this fall.