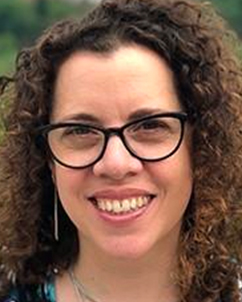 Dr. Susannah Paletz is an Associate Professor at the College of Information Studies (iSchool) with an affiliation at the Applied Research Laboratory for Intelligence and Security (ARLIS) at the University of Maryland at College Park (UMD). Prior to her current appointment, she was a (Senior) Research Scientist at the UMD Center for Advanced Study of Language (CASL).

At UMD, she has been awarded contracts as well as competed grants from the National Science Foundation (NSF) and the Minerva Research Initiative. From 2008 to 2013, Dr. Paletz was a postdoctoral research associate and then Principal Investigator (PI) of NSF grants at the University of Pittsburgh Learning Research and Development Center (LRDC), where she studied team cognition and interaction in science and engineering teams. Prior to that, she was a civil servant Research Psychologist, first in the Distributed Team Decision Making Laboratory (2004-2006) and then in the Human-Computer Interaction (HCI) Group (2006-2008), contributing to a range of aerospace projects.

Dr. Paletz has a track record of both leading and researching multidisciplinary, multinational teams. Her background includes research on real-world teams, examining the impact of culture on creativity, being the social science expert on computational social science projects, conducting theory-based analyses of social media and team conversations, and developing annotation schemes for complex constructs. She has published a monograph; over 20 peer-reviewed journal articles; over 50 book chapters, conference proceedings papers, and technical reports; and 65 peer-reviewed conference papers. She has also mentored 68 students and research assistants as well as junior scientists.

Dr. Paletz holds a PhD and MA in Social/Personality Psychology from the University of California, Berkeley (2003, 2000) and a BA in two majors, the Psychology major and the Science in Society Program from Wesleyan University (1994, high honors). She is a member of the American Psychological Association; AOM; APS; SPSP; SIOP; and the Interdisciplinary Network for Group Research (INGRoup). She is on the editorial board of Small Group Research.