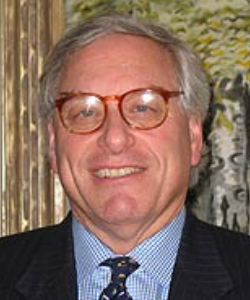 Harvey Rishikof is Director of Policy and Cyber Security Research and Visiting Research Professor at UMD ARLIS. He also serves as a Visiting Professor of Law at Temple Law School and Senior Counselor to the American Bar Association Standing Committee on Law and National Security.  He has been involved in a number of legal-policy projects sponsored by the MITRE FFRDC, the MacArthur Foundation, and the Center for Strategic International Studies, the Hewlett Foundation, the Congressional “Solarium” Project, the National Science Foundation, and the National Academy of Sciences.

Mr. Rishikof is the former Director Military Commissions and Convening Authority at DoD, and former co-chair and founder of the ABA Cybersecurity Legal Task Force. Most recently he was senior counsel at Crowell & Moring, dean of faculty at the National War College, and held a joint appointment at Drexel University in the law school and the UMCP iSchool, College of Information Science and Technology. His last government position was senior policy advisor to the director of national counterintelligence at the Office of the Director of National Intelligence.  Before joining the government he was at the National Defense University, National War College in Washington, D.C., where he served as professor of law and national security studies, and also chaired the department of national security strategy. His career includes experiences in the private sector, academia, and public service, and is a lifetime member of the Council on Foreign Relations and the American Law Institute. He is also on the Board of Visitors for the National Intelligence University, an advisor to the Harvard Journal on National Security, on the US Board of Wilton Park, a Visiting Distinguished Research fellow of the Center for Strategic Research at INSS at NDU, and was an outside director for Chicago, Bridge and Iron (CBI).

As dean of the Roger Williams University School of Law, Bristol, Rhode Island (1999-2001), Mr. Rishikof introduced courses in national security law and the Constitution, in cooperation with the Naval War College. He was also legal counsel to the deputy director of the Federal Bureau of Investigation. As Administrative Assistant to the Chief Justice of the Supreme Court (1994-96), Mr. Rishikof, a former federal court of appeals law clerk in the Third Circuit for the Honorable Leonard I. Garth, served as chief of staff for Chief Justice William H. Rehnquist and was involved in general policy issues concerning the federal court system. In this capacity, he acted as liaison to the Executive Branch, Congress, the Federal Judicial Center and the Administrative Office of the United States Court.  For a number of years, he was a Tutor in Social Studies and the Government Department at Harvard University. He was in private practice in Boston with Hale and Dorr.