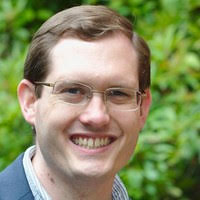 Aric Bills is a principal faculty research specialist at ARLIS. He received his B.A. in Linguistics from Brigham Young University with a minor in Language and Computers. After a two-year stint as a research technician in a neuroscience lab at the University of Washington, he went on to earn his M.A. in Applied Linguistics from the University of Alaska Fairbanks, with a focus on indigenous language revitalization. For his master’s thesis, he developed a computational model of the morphology of North Slope Iñupiaq, an Inuit language spoken in northern Alaska.

Aric has been at the University of Maryland since 2012. His research interests include computational linguistics, resource development for under-resourced languages, Ethiopian Semitic languages, and computing education. In addition to his work at ARLIS, he is an affiliate of the College of Information Studies (UMD iSchool) where he has taught Python programming courses since 2018